From the castles of Kings and Queens to the offices of Heads of State, fabulous Oriental rugs adorn the most important rooms in the world. That’s because they bring a timeless beauty and style cultivated over centuries. Authentic Oriental rugs are most often woven in the countries of China, Turkey, Tibet, India and Egypt. Persia is also a major producer of Oriental styles.

Oriental rugs come in a diverse array of styles, colors and designs, with each type of rug having its own distinct characteristics, origins and weaving technique. What is the one common thread that runs through them all? It’s thatthey are all hand-knotted. All Oriental rugs, whether they originate from the Far East, or the Middle East as in Iran, India, Pakistan or Afghanistan, are always woven and knotted by hand. While there are many fine machine-made rugs, they are not considered to be ‘original art’, are less expensive and don’t have the same majestic color or pattern depth. 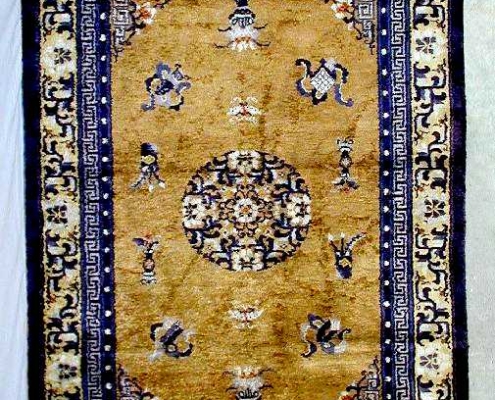 Chinese rugs frequently have Buddhist or Taoist images, such as lotus flowers, clouds, and dragons, present in their design. Traditional colors used in these carpets include black, blue, red, beige, and yellow. The purpose of Chinese rugs goes far beyond aesthetics. They’re meant to give insight into the era of highly artistic craftsmanship that many modern rugs lack.

Antique Chinese rugs can be distinguished by the use of certain patterns, colors, and materials. For example, the Khotan rug design is known for ornate borders, striking medallions, and prominent patterns. Among the oldest of the ancient Chinese styles are Ningsia rugs. These have understated and formal patterns with subdued colors such as soft yellows and blues. Finally, Oriental rugs are characterized by their thickness and durability and include more art deco and asymmetrical patterning. 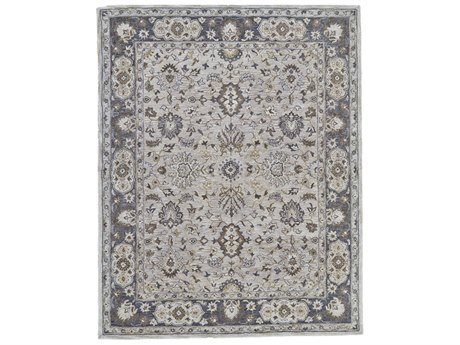 Traditional oriental or ancient Chinese rugs are common in places of worship. These ceremonious pieces may be used as decorative altar runners or as directional prayer rugs. Because of their varied use and symbolism, they are often found in many shapes and sizes. They may be made to cover entire rooms, while others are smaller and strictly ornamental.

Hand woven textiles, like silk, wool, cotton, or combinations of these, make up antique Chinese rugs. The technique used to create them is a series of hand knots done on a loom. The time and artistry that goes into these rugs is simply amazing. One Chinese rug could take months or even years to create. In addition to being hand woven, Chinese carpets use natural and vegetable dyes made from plants such as indigo, saffron, and madder. However, chrome and chemical dyes can be used in more modern versions of the rugs.